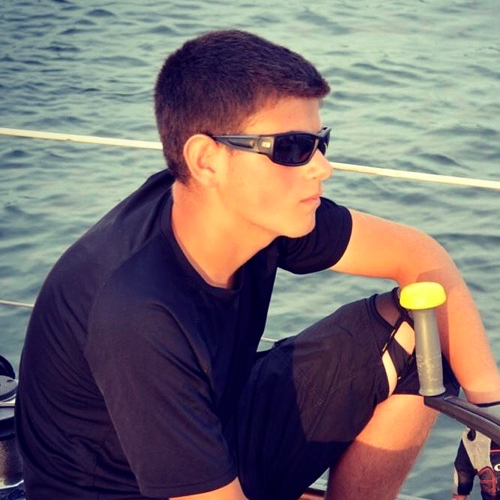 Josh Prisamt AKA Yoshi is a 16 year old junior in high school who has been sailing keel boats on the Long Island Sound since he was a small child. He began his racing training at 11, when he spent his summers at Mystic Seaport and learned to embrace every aspect of sailing. In more recent years, he has become adept at racing classics as well as Farr 40’s, Farr 47 and Temptation, a Ker 50. He is an active member of the Oakcliff sailing community during the spring and fall seasons and is happy to be joining the Acorns for his second summer. Josh is grateful to have had the opportunity to sail alongside some of the world’s most highly acclaimed competitive sailors and is anxious to improve his skills while beginning his competitive racing career and hopeful trail to the Olympics.