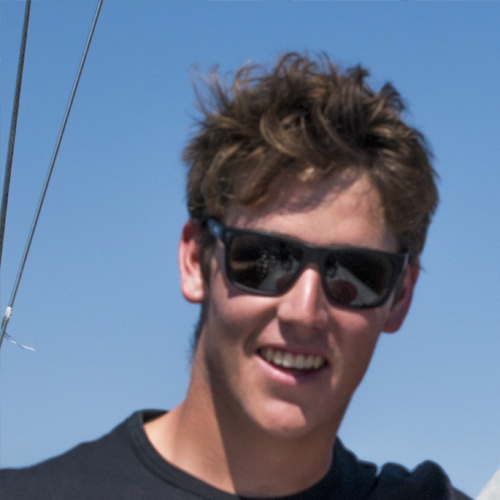 Harry grew up on a little island in Pitwater called Scotland Islan; it’s just north of Sydney, Australia. With some encouragement from his mother and a Spiral for his 10th birthday, Harry jumped headlong into the competitive sailing world. He quickly developed a passion for racing and soon graduated out of his Spiral into a Hobie 16 and then a Laser. His career really began to take off when he was admitted into the Prince Alfred Yacht Club’s Youth Development Program, which took him to a lot of youth match racing events and even to some qualifiers for the World Match Race Tour. He’s also done some one-design keelboat racing in MC38’s and Harry graduated from high school in 2016 and is taking a gap year before he attends the University of New South Wales to study Engineering and Arts.

When Harry isn’t sailing he enjoys hanging out with his hometown friends who would describe him as the silly one of the group because he tries to “save being sensible for when it’s needed.” His other hobbies include hiking, camping, and spear fishing.

His goals for coming to Oakliff are to expand his horizons and gain more sailing experience. In particular he has enjoyed going offshore with the Oakcliff Team.