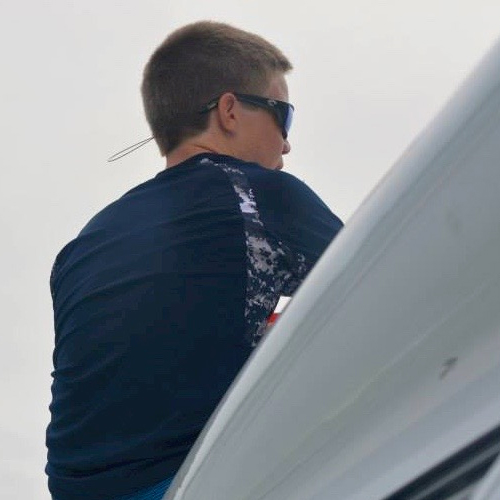 Evan joins Oakcliff from Jamaica where he sails at Montego Bay Yacht club. While he is from the exotic island-nation, he grew up sailing and racing optimist like many other sailors around the world. Evan then went on to sailing Lasers and Hobies. Not as traditional, he says since he was about 2 weeks old he sat and watched as his parents raced a 40ft keelboat. He adds with conviction, “I grew up around water and will stay connected to water in my later years.”