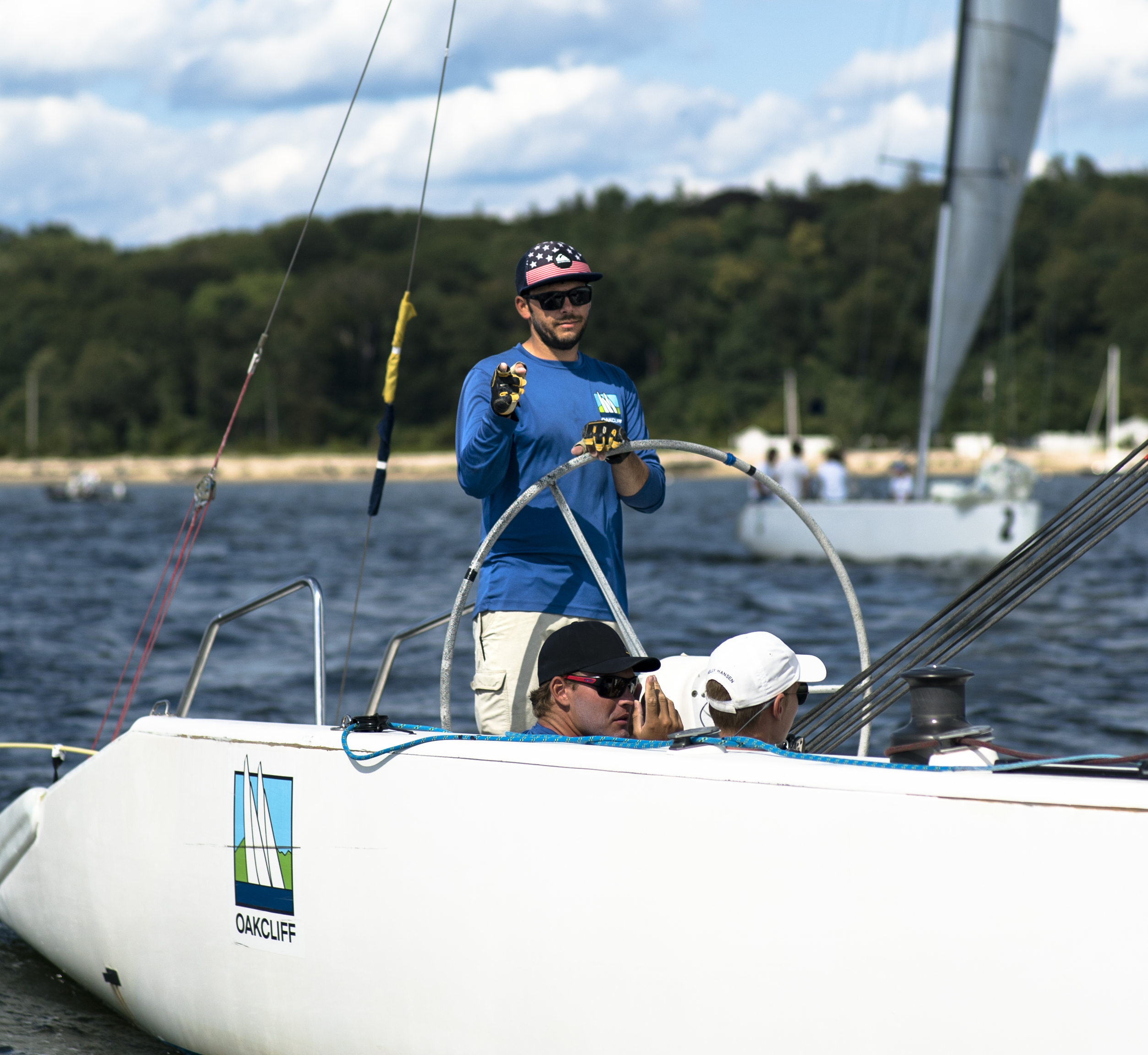 Chis was born in Oklahoma and raised in both Oklahoma and New Mexico, started sailing at an early age with the YMCA in Oklahoma City. He sailed a variety of dinghies and family-owned keel boats. He is a founding member of the Oklahoma City University Sailing Team where he competed at the local, State, National and International levels, including two appearances at the Course Croisiere EDHEC Regatta in France.  Following graduation, Chris moved to bigger vessels, including, but not limited to, J-24s and Hobie 33s.  He was fortunate to have a former America’s Cup sailor as a teacher, mentor and friend. Chris has been employed in the sailing profession as an instructor, program manager, and harbor master with the Oklahoma City Boathouse Foundation. His goal at Oakcliff is to increase his skills and become a professional sailor.  Not to mention putting Oklahoma on the world-wide sailing map.