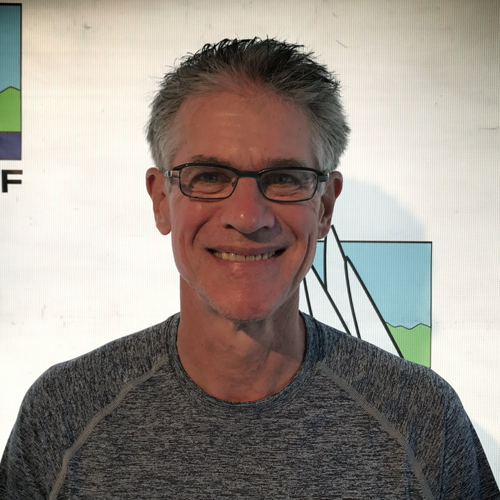 From the lifting of a jib to the dropping of a main, for some of us these events feed us through questions that arise in our minds and lead to the personal truths that make up the core of our character. My questions started when, as a little boy, I traveled to a nearby shipyard to share time with my father caulking between wooden boards on his double-ended sloop-rigged sailboat. That was followed in the summer months by cruises up the East Coast eating lobsters from a barrel for a dollar a pound in little restaurants in ports that were quite small in the grand scheme of things but of unforgettable importance as I started my life long relationship with the sea.

I grew up next to a marsh in a woods overlooking Long Island Sound through large picture windows and often walked to the beach along a dirt road through the marsh to watch sailboats racing past Execution Lighthouse, darting in and out from ports of call on Long Island, Westchester and Connecticut…day racing, cruising and, others, just out for the pleasure of a day sail. My dad was Rear Commodore at Knickerbocker Yacht Club in Manhasset Bay where his father had also been a member and that led me to Junior Sailing Classes there at the age of 8 and, later, for more of the same at Sea Cliff Yacht Club. I sailed in Blue Jays, Lasers and then in a Beatle Falcon…with all the clam bakes and race weeks that caused my early weekends in the boat yard with my dad to grow bit by bit into a lifelong love of sailing.

I went away to college in 1964 and worked as an advertising copywriter for 6 years in Japan, 2 years in Hong Kong, 2 years in Poland and 10 years in New York. When I returned to the US in 1990, I rekindled my love of sailing after an hiatus of 26 years with the purchase of a 23-foot Sonar.  I bought 2 more Sonars in the intervening 27 years, racing regularly in Manhasset Bay. After an even longer hiatus, I also returned to the pleasure of cruising of my early childhood with the purchase of a Beneteau 473 in 2013, which I  keep in Trinidad and sail in the Caribbean in the winter.

This summer I decided that, at age 71, I was still healthy and curious enough about improving my sailing to join 18 to 33 year old students as a Sapling at Oakcliff.  I’ve found that the best way to learn anything is by total immersion and Oakcliff gives me exactly  that…from studying rigging, sail trim, match racing, fleet racing, fiberglass repair, sail repair and everything else that brings sailing to life from 9AM to sunset. Like learning a foreign language that gives one the ability to enter into uniquely different cultures, Oakcliff has not only given me more knowledge about the world of sailing but also the satisfaction I have felt from the social, emotional and physical reality of the culture of competitive sailing.