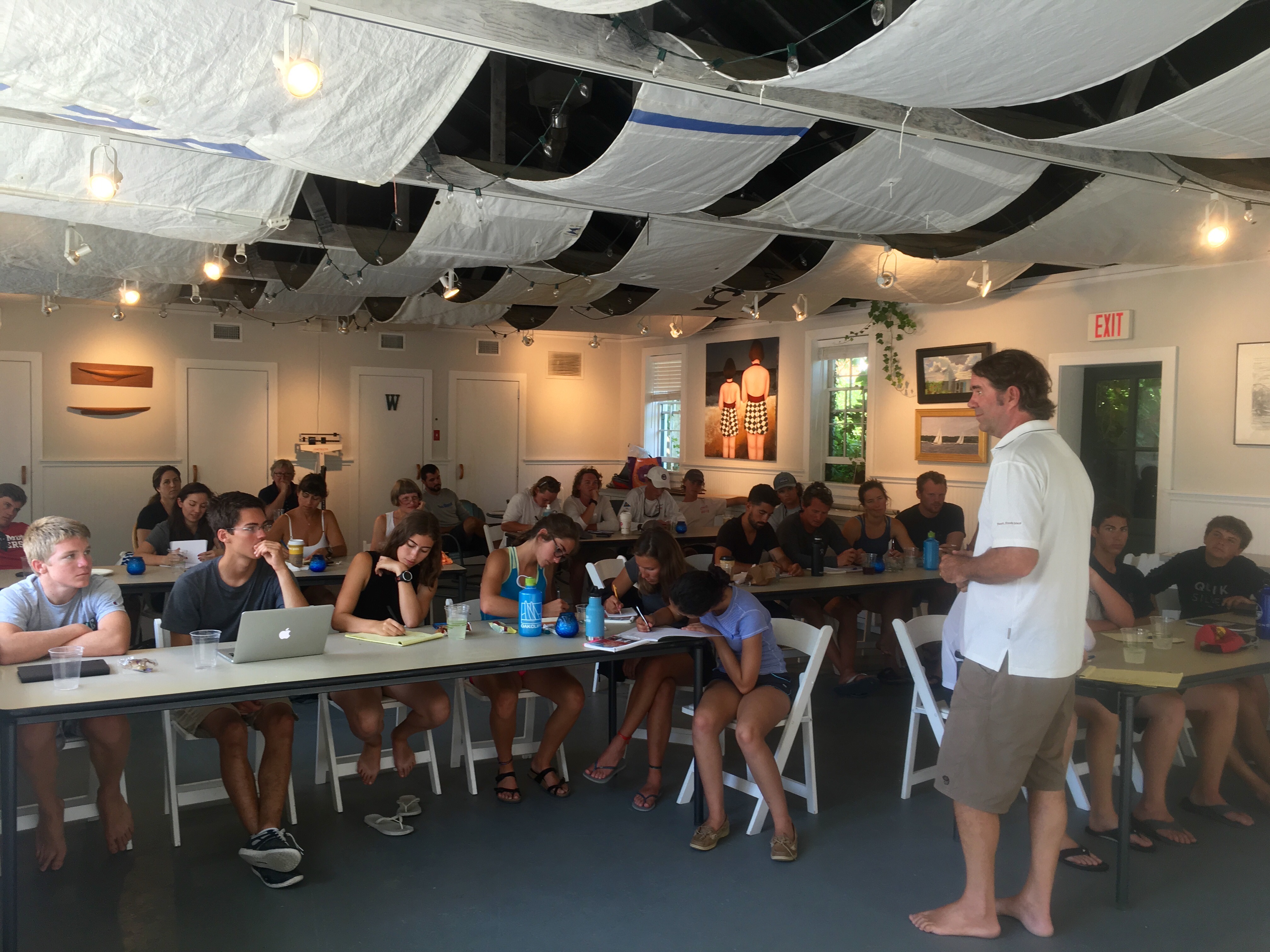 Posted at 02:02h in News, Press Releases by Ivy Binns

“Perfect conditions, clear skies and plenty of wind,” Lindsay Winter, an athlete training at Oakcliff described the first day of the regatta. Racing got tighter as the day went on and the competitors became more comfortable with the format of racing and the boats. Unfortunately Sunday couldn’t compete with Saturday’s conditions, and racing was called off due to lack of wind. Patrick Shanahan, a talented skipper from Brown who sailed with his brother Brendan, ultimately prevailed, leading the pack undefeated.

Oakcliff Sapling and recent MIT graduate Robyn Lesh came in second place, coming in just two points behind Shanahan. She worked hard throughout the event, including asking questions and writing notes well into the night. Jimmy Gieseke, the youngest skipper at the event at 21, came in just one point behind Lesh to score third place.

The conditions were favorable for match racing, with winds blowing around 5-10 knots, and gusting between 12-15 knots. Temperatures were on the hot side, in the low 90s, but with the winds being what they were, there were no complaints. The second day was absolutely scorching, with the temperatures the same as Saturday, but with no wind to cast relief on the baking sailors.

“This was one of the best clinics I’ve ever coached,” exclaimed Dave Perry after the first day of the regatta. He started Friday’s debrief by telling the teams, many who had never match raced before, “I don’t grade individually, I grade by group. As a group, you all get As for enthusiasm, everyone’s attitudes were just incredible.”

The event wouldn’t have been held if it wasn’t for the formidable efforts made by the organizing authority, umpires, mark boats and the race committee, who were able to get a full round robin of 9 races off in one day, which ended up being the only scored races of the whole event.

Oakcliff Sailing is a non-profit coaching and training center for sailors who have progressed beyond traditional coaching methods. The center can be contacted by email at race@oakcliffsailing.org or by calling (516) 802-0368.