Posted at 02:59h in News, Press Releases by Oakcliff PR 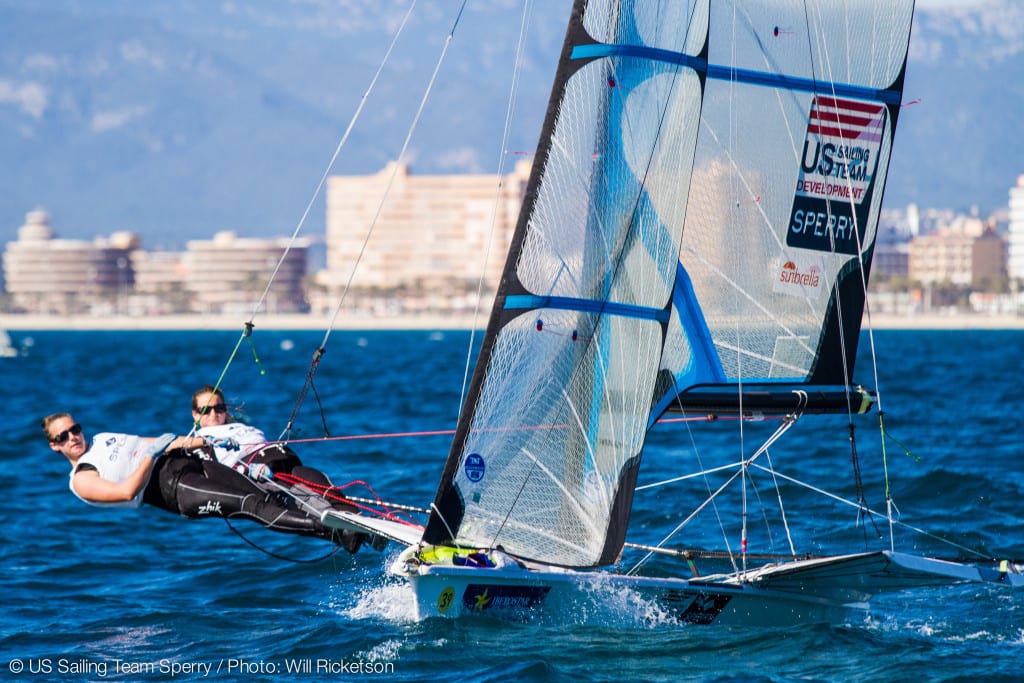 October 15, 2015 – Oakcliff Sailing is excited to announce that Olympic hopefuls Elizabeth Barry and Emily Dellenbaugh have joined the fundraising effort.

Barry and Dellenbaugh have been training at Oakcliff for the last two years in preparation for their 2016 Olympic campaign. In the past year, their full-time campaign has taken them to twelve regattas, five countries, and on two round-trip treks from Florida to New York.

In November, the pair will fly to Argentina to sail in 49erFX Worlds. This event will provide the US with an opportunity to qualify for the 2016 Rio Olympics. The US has never qualified an FX team for the Olympics before, and Liz and Emily are hoping to be the nation’s first.

“Without Oakcliff and their fleet of skiffs, starting a campaign would have been much more difficult – not to mention expensive,” says Elizabeth Barry.

Barry and Dellenbaugh will join featured guests Charlie Enright and Mark Towill, competitors in the 2014-15 Volvo Ocean Race, as well as Evan Sjostedt, a 2013 Red Bull Youth America’s Cup sailor, in the effort to raise money for Oakcliff Sailing. They will be talking with attendees about their Olympic campaign and upcoming milestones.

The fundraiser will take place on the fifty-fifth floor of One Penn Plaza, high above Penn Station in Midtown Manhattan. The space, provided by Adelhardt construction, presents unobstructed views of the city. The event will feature catered hors d’oeuvres, a lively dance floor, and an open bar sponsored by Moët & Chandon and Mount Gay Rum. Tickets can be purchased by visiting www.oakcliffsailing.org and clicking Celebrate New Heights.

The event will also feature a raffle with prizes such as a fully catered dinner for six in the penthouse venue and a ride along in the 2016 Newport to Bermuda race. Raffle tickets can be purchased online and participants need not be present to win.

Oakcliff Sailing is a non-profit organization dedicated to building America’s leaders through sailing. The premier training facility is located in Oyster Bay, New York and can be contacted by email at race@oakcliffsailing.org or by calling (516) 802-0368.